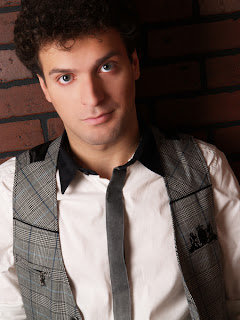 Here is a little information on what Jamie is up to:  I just wrapped a big promo tour that was out West.  I formed a new band of some of LA's top session players and we did the whole circuit.  Lots of the Sunset Strip venues including the Whiskey and the Roxy.  I also headlined at the Troubadour, the Good Hurt and was a marquis performer at the first Indie Entertainment Summit.  I also had the tremendous opportunity to work with Grammy-nominated and Juno Award winning artist Gino Vannelli in his studio.  We got together again at his shows in Niagara Falls this past weekend.  He's an awesome artist and the best singer in the world, not to mention the most incredible songwriter I think we've ever seen.

I would say there is no one HQ for me.  I'm widely considered a Boston artist because that's where I got my start in college, but my business base is in LA.

As far as a current tour goes, we're working on some dates.  We're focusing on new and creative ways to advertise the album and get my name out there.  Should be fun!

The latest release is Words Left Unsaid, which features the number one singles "Dancing With You", Indie104 Top 100 #1 hit, and "That's What She Said", #1 for a record five consecutive weeks on the IMC ReverbNation chart.

I sang background vocals on Rick Springfield's new single "I Hate Myself".

Jamie, thanks for sitting down with us.  I think the first thing we all want to know is can you tell us about the time between winning Northeastern University Idol // singing the national anthem at Boston's Fenway Park and up to the current release of Words Left Unsaid?

Well a lot has happened since that time. First off, I can't tell you what a thrill it was to sing the National Anthem at Fenway Park. I grew up a Red Sox fan and to have the opportunity to sing in that legendary stadium was a dream come true.

That was in May of 2010. Since then I released two albums; my debut EP, Cornerstone, spawned four #1 singles on the Indie104 charts, including "She Is..." which stayed at #1 for two months and became the most played song in the history of iRadio LA, the largest independent radio station in the world. I recently released my second album, and first full-length, Words Left Unsaid. The response has been so great! The first single "Dancing With You" got great reviews and sold really well and the second one, "That's What She Said", is tearing up the IMC ReverbNation charts, staying at #1 for five consecutive weeks.

I've also had the pleasure of touring the country and playing in some of the greatest venues you could imagine! They've all been great, but some have really stood out. I've headlined at the Whisky A Go-Go, the Roxy and the Troubadour out in Los Angeles. I've also headlined in Vegas, had a string of headlining performances in Phoenix and back East I've been a part of numerous music festivals and have had the opportunity to play on the National Mall in Washington D.C. twice for the National Cherry Blossom Festival!

Were you surprised at how well received the Cornerstone EP was, particularly how fast "She is...." was blowing up in L.A.? 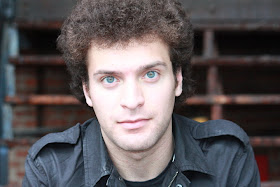 Yes and no.  I knew that I had put out a quality EP, it was just a matter of how many sets of ears would hear it.  It was terrific that many radio stations picked up the singles "What You Have" and "She Is..." and they really championed them into success.  I was blown away at how well received they were in LA.  Of course Hollywood is the entertainment capital of the world so that's where you want to make it!  Before the singles were doing anything out there, I had received some interest in having me come out and perform.  So we kinda did it backwards.  We booked the gigs without having really anything going out there and then the radio took off and suddenly we were getting all these requests!  When we got out there, the places were packed and the reactions were great!  The second time around this year was even better!

Where can people get their own copies of the latest record and what did you want to get across to listeners with the release of  "Words Left Unsaid"?

You can download copies at your major digital realtors; iTunes, AmazonMP3 Store, Rhapsody, eMusic, CD Baby and all the rest.  Physical copies of the CD can be purchased on my facebook page at http://facebook.com/jamiealimorad and my new relaunched website, http://jamiealimorad.com.

When you listen to Words Left Unsaid, I want you to feel happy.  The songs are upbeat and they have a positive message.  Even the sadder songs offer hope in the end.  We've all been through bad breakups and relationships that were rocky.  This is an album that can bring people together and to celebrate the good times.

Was there anything in your songwriting/recording process that you think lent itself to that vision?

Words Left Unsaid was a really fun album to record.  It was done at various points throughout 2011 and is based on a past relationship.  When you sit down with the lyrics you can see that the album reads as a story.  Like a series of journal entries.  As much fun as it was, it was very difficult too.  I was writing and recording much of these songs as the events were happening to me.  It was my therapy to get over the relationship.


When you're out gigging, where is your favorite place that you've played and where is the one, bucket list place, that you HAVE TO PLAY? 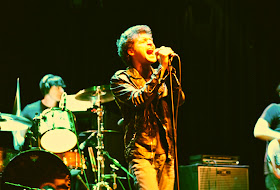 For the record, we all enjoyed The Roxy show from last year - those of us that were there and those that have seen the Youtube clips. Haha that was a great show!  I love playing the Roxy, but this year they gave us a hard time and they actually canceled the show on us, much to the shagrin of all the people that came out to attend the show.  It caused some big problems but I won in the end.

Anyway, there are lots of great venues I would like to play!  I'm going to answer your question with something outside the box.  I'm a huge Beatles fan, HUGE!  So it would have to be Abbey Road Studios.  As far as where I've played in the past, it's tough to pick just one.  There have been a lot of great venues and unique opportunities.  For example, I've had the pleasure of playing on the National Mall in front of thousands of people, or singing at Fenway Park, or representing Northeastern University in the Beanpot concert at the Paradise in Boston, the Carrier Dome in Syracuse and singing with Gino Vannelli in Portland.  Haha it's hard to pick just one.

Any plans for incorporating your past with your future by bringing a marching band sound into the equation?

Wow that would be awesome!  I'm actually trying to do that in an indirect way.  We'll see if that takes off.  Can't really say much now.  I loved being in marching band.  I had the pleasure of being drum major for two years in high school and we traveled all over the country performing.  But there was nothing like walking down Main Street U.S.A. in Disney World.  That was something I'll never forget.

We saw your recent tweets about how pumped you were to have worked with Rick Springfield on his very recent track "I hate myself".  How did you come about landing  this gig & what was the best bit?

I love Rick.  He is one of my favorite artists and has served as a huge inspiration for me musically.  For his latest release he actually had an open call for submissions so I sent something in and his team wrote back saying they wanted to use it.  So I did a better quality recording at home and it made the cut.  I wish I could've gone out to the Black Lagoon Studio and worked with him personally, but this will do for now.

What's next for you and where can we catch you? 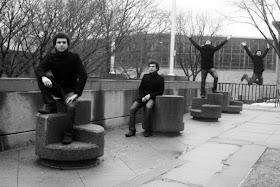 Right now it's just promo, promo, promo.  We're exploring new and creative ways to get the material out there to people.  It's all about expanding the audience and generating a connection with the fans.  The relaunching of my website is huge.  I cannot wait to get that thing up and running because that's going to generate a lot of new avenues for me.  I've had a lot of crazy ideas to get my name out there but without a digital base it's hard to direct people somewhere.  So as much as a treat it is for me, it's you guys that win out in the end!  I'm working on some shows at the moment, but I can't say much right now.  You work so hard to get a product out there that you're proud of.  Then the real work starts and it's about getting people to hear it.  We've done a great job of that out in the field with live shows, but now we have to use the internet to our advantage, so get ready to see more of me on the World Wide Web.

Is there's anything at all that you want to get out there to let people know about?

Well first off, thank you for taking the time to do this interview.  It's always a pleasure to talk to the Indie Music Bus crew.  Words Left Unsaid is a tremendous album.  I'm so proud of what I was able to accomplish with that record.  It's a great slice of pop/rock and especially with the weather turning colder, this is the type of album that will get you up and moving to keep you warm!  Stay tuned to my website (http://jamiealimorad.com), my facebook (http://facebook.com/jamiealimorad) and twitter (http://twitter.com/jamiealimorad) for some updates on news, shows and extra goodies for listeners.


Special thanks to Indie &a Jones for the interview and to follow along with Indie's monthly tracklust of new genre spanning discoveries click here  http://ramp.ie/index.php/category/music/tracklust-music/

Please be so kind to leave a comment in support of this band or artist.